How to detect coronavirus

Molecular diagnostics  offers a fast and efficient method to differentiate between pathogenic and harmless microorganisms and helps to detect noroviruses or coronaviruses.
With the spread of new, life-threatening infections, the whole world can get out of whack these days. The critical points for the spread of epidemics are largely controlled by our global network. Only recently, dangerous pathogens such as noroviruses, coronaviruses and EHEC bacteria, which have spread through food, have been diagnosed as causing epidemics and pandemics .
When a new contagious disease comes up for humans, the whole world can get out of balance these days. The spread of the SARS (Severe Acute Respiratory Syndrome) virus, which causes a life-threatening lung disease in humans, has shown in 2003 that not only the deadly potential of the pathogen, but also our global network, can contribute significantly to the spread of a worldwide epidemic and pandemic disease. How to detect coronaviruses?

The technique is based on exponential amplification of target DNA using the thermostable Thermus aquaticus (Taq) polymerase or other heat-stable enzymes. The DNA or RNA is initially isolated from the sample material. If RNA viruses, e.g. If noroviruses or coronaviruses have to be found in the sample material, the RNA is transcribed into DNA molecules by an enzymatic pretreatment, a so-called “reverse transcription”.
For the subsequent real-time PCR, fluorescent dye molecules such as e.g. B. SYBR-Green stored in the DNA in the newly synthesized double-stranded DNA. By using these fluorescent molecules, the amplification reaction can be followed and quantified in real time. Due to the exponential increase in the starting DNA (template), the number of fluorescence signals increases with the increasing number of PCR products. The fluorescence signal is proportional to the amount of amplification. Read more click here…. 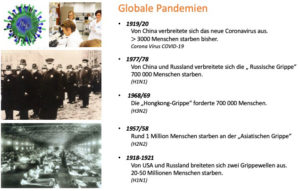 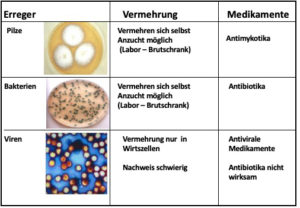